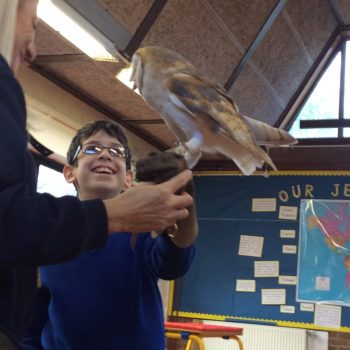 Today Night Owls came to visit our school. The children were amazed at the Owls and watched and listened whilst the instructors explained all about owls.  After the show each child was invited to have a photograph with an owl perched on their shoulder. Thank you to Night Owls for visiting the school and showing their… [Read More] 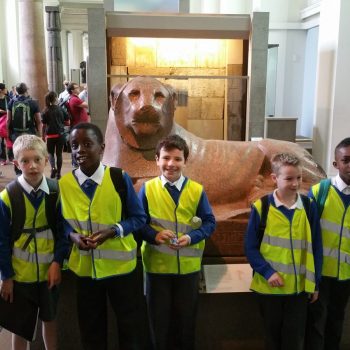 Year 4 – Trip to the British Museum

Year 4 have been learning about ‘The Ancient Egyptians’ and all about their civilisation during this period of history.  To enhance the topic they visited the British Museum and were able to see the wonderful artefacts and mummies on show in the Ancient Egyptians galleries.   The children had an amazing day. 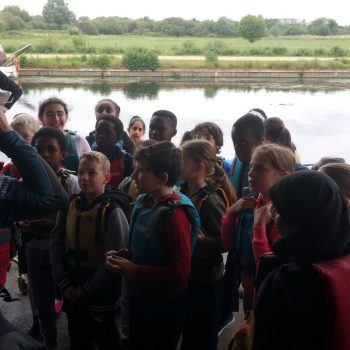 Year 4 were fortunate enough (due to Felix winning an award) to have been given the opportunity to participate in kayaking at Leaside earlier this week.  The weather was perfect for a lovely day on the River Lea, which was packed with buckets of fun.  If you would like more information of similar activities then… [Read More] 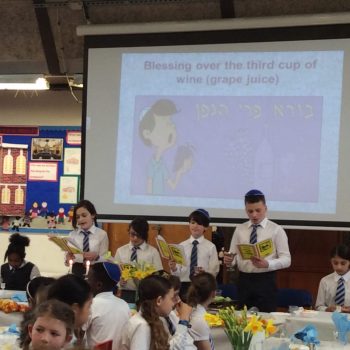 This week and last week Simon Marks celebrated Pesach with our Pesach Seders.  Nursery and Reception started with their beautiful Seder which included guests sitting next to their children and participating together in their Seder. KS2 then presented their Seder to their guests with Year 6 leading the Seder and supported by wonderful singing from Years 3, 4… [Read More]

As part of their topic about animals, Reception visited Hackney City Farm.  There, they got to see sheep, lambs, chickens, donkeys and goats.   The children were really excited to see some new born lambs and feed some hungry kids. 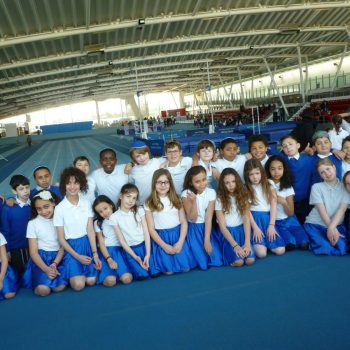 On Tuesday, Year 5 had the exciting opportunity, along with several other Jewish schools to take part in the annual Israeli Dance Festival, which is put on by the Israeli Dance Institute. Over the last 2 months we have been working tirelessly to learn over 20 dances!       All of the children participated… [Read More] 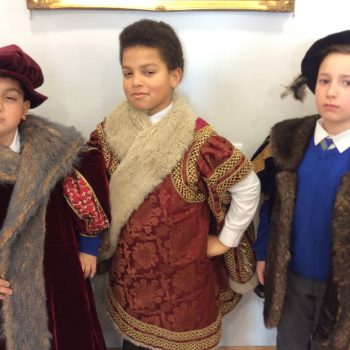 Year 5 had a wonderful trip to the Tower of London! This half term we have been learning about the Tudors.  During our trip we had a fantastic workshop where we got to explore Tudor clothing and arrange one another in order of hierarchy and importance.  Many of our students were full of questions and… [Read More] 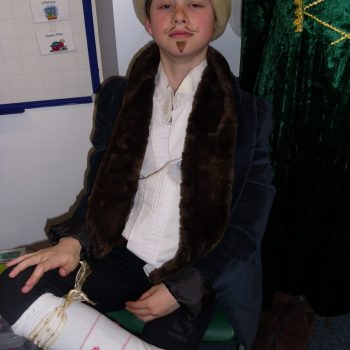 Year 5 went back in time this week to the Tudor era! We welcomed many people into our classroom, such as King Henry VIII and Anne Boleyn. We had a wonderful day where we role played what it would be like to live in Tudor times, and discussed why Henry VIII was so famous.   … [Read More] 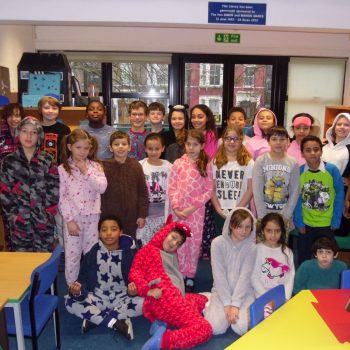 Year 5 have been working tirelessly over the last half term in their maths, literacy and science lessons.  They have produced amazing work, and even presented an impressive class assembly!  As a reward, they were given the opportunity to come to school in their pyjamas!  Great work this half term Year 5! 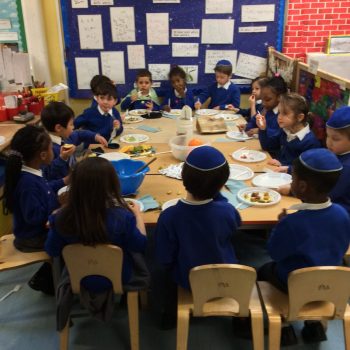 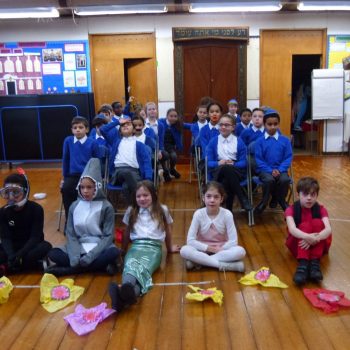 This morning, Year 5 took the whole school on an underwater adventure aboard our yellow submarine!  Our students shared what we have been exploring within our Into The Deep topic this half term.  We displayed our skills of multiplying decimals by whole numbers in maths, exploring asexual and sexual reproduction in plants in science, report… [Read More] 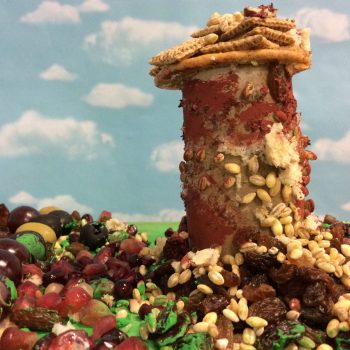 Year 3 studied the work of photographer Carl Warner.  We made edible landscapes using foods of the seven species.  The children started by exploring Carl Warner’s work to gain inspiration for their own landscapes.  We then tried out some different techniques to create trees and houses.  Some children even experimented with volcanoes and waterfalls!  After planning,… [Read More]